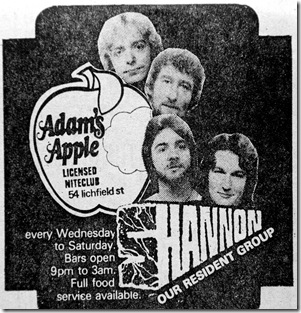 Thanks Chris for finding my photos I hope they give joy to all of us who were there to see and hear these great New Zealand musicans. It was a pleasure to have been part of Christchurch’s musical history. Many of the places that the guys played at have been destroyed in the earthquake but we still have the memories and the photos.
Kevin Hill