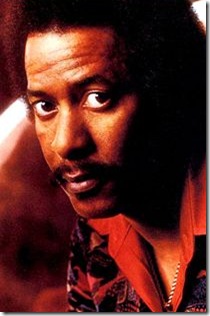 Allen Toussaint was a gentleman: the way he carried himself, and every note he played. The much-loved New Orleans pianist, composer, producer and arranger, who unexpectedly died of a heart attack this week aged 77, also carried the history of his city’s music inside him. It had not just a rich past but an exciting future.

He was gracious and humble, always preferring to bring out the best in other performers rather than take the limelight. A stalwart of the city’s R&B since the late 1950s, he made only a few solo albums (1972’s Life, Love and Faith and 1975’s  Southern Nights are especially recommended) and rarely gave performances. But each year he had a showcase spot at the Jazz & Heritage Festival, and with good humour and a great groove he performed the hits he wrote for others. He was a tentative singer, but that was more his personality than a limitation, and to hear the familiar songs performed by their composer gave them extra depth and heart. On stage, he would often wear lurid, sequinned outfits, showing another side of his character, but he would bring forward the musicians he had hired for the one-off, highly rehearsed gigs, preferring to share the spotlight.

He seemed to be ubiquitous in New Orleans, wandering around the Jazzfest grounds immaculately dressed in a bespoke suit and leather sandals, his trimmed moustache and formal graces giving him the air of a black Clark Gable. He was the prince of the Crescent City. I was taken to see the New Orleans Symphony – a son of Shostakovich was conducting – and Toussaint was in a box in the circle, like he was holding court; he was the orchestra’s patron. It seemed appropriate – he was courtly – but he was just at home in a dirt-floor juke joint like the Dew Drop Inn where he started out.

I only met him once, and sadly it wasn’t for an interview. I was walking through New Orleans in April 1989 – Royal Street in the French Quarter – when I spotted a Rolls-Royce with the number plate PIANO. The Rolls was stuck in traffic in the narrow street, and as I got closer I saw it was Allen Toussaint at the wheel. I had my camera in my hand – for the number plate – and the electric window slid down. 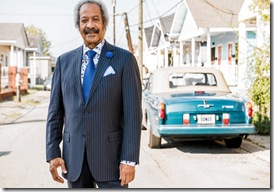 “Did you want to take a photo?” he said with a grin. “Yes please, Mr Toussaint,” I said. “I saw your concert last night – it was wonderful.”
“Thank you,” he replied. “Did you want me in the car or out of the car?”

I was stunned, and before I answered he had a quick word into the brick of a phone wired into the dashboard, and stepped out. He put on a jacket, to complete his silver suit – with a tie, of course – and posed with a straight back standing beside the Rolls-Royce grill and number plate. I got down on one knee and took a vertical photo; the moment I clicked the shutter I realised the late afternoon shadows on his face would make it underexposed. There wasn’t enough time to get a flash to warm up; I thanked him, said I worked for a New Zealand music magazine called Rip It Up and gave him a card. He responded with another big grin, said “Wonderful”, got back in his car and glided off when the light turned green. A brief encounter, but it told so much about his character. (He also had a car with the plate SONGS, pictured above; the photo I took is below.)

It was only when Hurricane Katrina struck in 2005, and he had to abandon his flooded New Orleans home – which contained his archives, destroyed – that he won more of a national profile in the US. This, despite writing hits such as ‘Mother-in-Law’ and ‘Fortune Teller’ in the 1960s, ‘On Your Way Down’ and ‘Sneaking Sally in the Alley’ and – a special favourite – ‘What Do You Want the Girl to Do’ in the 1970s. In that decade, countless mainstream artists came to him to be produced – Robert Palmer, Paul McCartney, Paul Simon, Joe Cocker – with the Meters often the backing band. And the Band came calling when they wanted the horns arranged for the Rock of Ages and Last Waltz concerts. His greatest albums for others are probably Yes We Can – which he wrote and produced for Lee Dorsey, his favoured singer – and Dr John’s two mid-70s classics, In the Right Place and Desitively Bonnaroo. 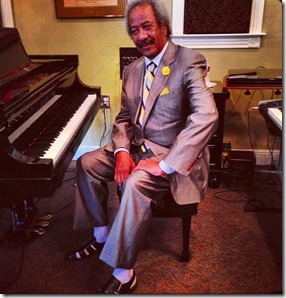 Homeless after Katrina, he settled in New York for a while and started playing a lot more gigs, made an album with Elvis Costello (with whom he had worked in the 80s), plus an excellent album of local jazz standards, and devoted a lot of time and energy to rebuilding his beloved home town.

Toussaint stands alongside Louis Armstrong as one of the giants of New Orleans music. His influences were omnivorous: Bach, Gottschalk, Professor Longhair, Fats Domino, also Haitian and Cuban music. He was a scholar of the piano, and an exquisite performer. You can hear the history of New Orleans in his music; somehow in a tune like ‘Country John’ off his 1975 Southern Nights album he mixes the interweaving lines of Dixieland jazz with 50s R&B and 70s funk. Witnessing him play ‘Southern Nights’ as twilight fell on a sticky New Orleans day it all came together.

Toussaint’s first break was playing on a Fats Domino session, pretending to be Fats when he was away on tour. Then he wrote ‘Java’, an instrumental that sold millions for Al Hirt. Toussaint was addicted to the rhythms of his home town: the syncopation that evolved from funeral parades, in which two bands would answer each other. He could turn the blues into pop, in the same way that his blind schoolfriend Snooks Eaglin could on an acoustic guitar. ‘Sneaking Sally Through the Alley’ is an example: a pop song with drumming from a funeral march, and harmonies like clarinets weaving through a brass band.

His first No 1 songwriting and production credit was ‘Mother-in-Law’, which singer Ernie K-Doe rescued from a rubbish tin. Backing vocalist Benny Spellman always claimed it was his deep-voiced response with the title that made it a hit; certainly that line was crucial but not nearly as much as Toussaint’s rippling, irresistible piano.

Songs such as ‘Lipstick Traces’ and ‘Fortune Teller’ and ‘I Like it Like That’ followed: simple songs with infectious rhythms. Herman’s Hermits attempted ‘Mother in Law’ and the Dave Clark Five had a go at ‘I Like It Like That’. The Rolling Stones tried ‘Fortune Teller’ and also – gamely – ‘Pain in My Heart’, originally a hit for Otis Redding (it was a re-write of ‘Ruler of My Heart’, which Toussaint wrote for Irma Thomas). (For these last two, and many others, he used his mother’s maiden name as credit: Naomi Neville.)

Toussaint’s biggest hit was ‘Southern Nights’, as covered by Glenn Campbell. Or maybe ‘Lady Marmalade’, which he produced for Labelle. He was a like one-man Motown coming out of New Orleans: the leading writer of pop R&B in the South. A group that idolised him was the Hawks, a white rock’n’roll band scuffling round the juke joints of the South. When they made it years later as the Band, they invited him to arrange ‘Life is a Carnival’ and those concerts mentioned above. And they paid tribute to him on the covers album Moondog Matinee with a version of Lee Dorsey’s weary-but-happy ‘Holy Cow’.

Out of the thousands of interpretations of Toussaint’s hundreds of songs is one that’s been forgotten here: Auckland R&B group the La De Das’ version of ‘Ride Your Pony’. And another that hasn’t been forgotten, Larry’s Rebels with ‘I Feel Good’ (original here, thanks Murray). Plus, I’ve just been sent a link to John Rowles doing a wonderful live version of ‘Yes We Can’ in New Zealand c1973, with the great Billy Nuku on drums. Who’s the bass player?

But usually it’s the original versions that stayed the distance, such as all those hits he wrote for Dorsey – everything he did gohn be funky – and local teenager Irma Thomas. ‘It’s Raining’ was his showcase for her: the feathery piano and drip-drop backing singers show how Toussaint could add his flair to the simplest rock’n’roll tunes. Understatement was his signature, plus polyrhythms that turned funerals into carnivals.

Toussaint’s funeral in New Orleans will be one of the last great carnivals. His take on the city’s rhythms put a smile on every face and a dance in every step. # 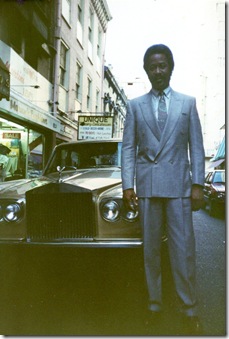 John Rowles covers ‘Yes We Can’ live in New Zealand c1973, with Billy Nuku on drums.

Paul Kelly on Allen Toussaint.
Richard Williams pays tribute.
New Orleans writer Dominic Massa’s obituary.
Toussaint plays ‘What Do You Want the Girl to Do’, 2011.
Allen Toussaint’s official website.
‘Soul Sister’ off Toussaint’s Life Love & Faith.
Lee Dorsey with ‘Everything I Do Gohn Be Funky’.
Hour-long BBC doco on Allen Toussaint.
The complete Southern Nights, 1975.
The complete Desitively Bonnaroo by Dr John with the Meters.
Sheet music for Toussaint’s post-Katrina instrumental ‘Tipitina and Me’ in which he turns Professor Longhair’s exuberant song into a minor-key lament.
And finally, the terrific documentary Piano Players Rarely Ever Play Together in which Toussaint (and Tuts Washington) tries to corral his mentor Professor Longhair.