One of the most perceptive interviewees for my Crowded House book was an Australian roadie called Geoff Lloyd. When I asked him for an interview he said, “Sure. I was lucky – I was on the up escalator.” He worked with them as the band evolved from wannabes to touring the US in their own bus.

This advertisement, from a UK music magazine in April, 1976, epitomises the “up escalator”. At the Nashville, now a Kensington gastro pub, the 101ers are headlining for £1. Soon they would evolve into the Clash. On the 3rd they are double-billed with the Sex Pistols who, three weeks later, are reduced to a support act, their name appearing in tiny type. Other acts appearing that month include the Stranglers, AC/DC and the wonderfully named Pigsty Hill Light Orchestra.

But who is on the night after the Sex Pistols have been reduced to a support act? Max Merritt and the Meteors, regarded by many as the greatest R&B band to emerge from Australia and New Zealand. Max would have just reached top floor with his hit ‘Slipping Away’. On the up escalator were moments like this: 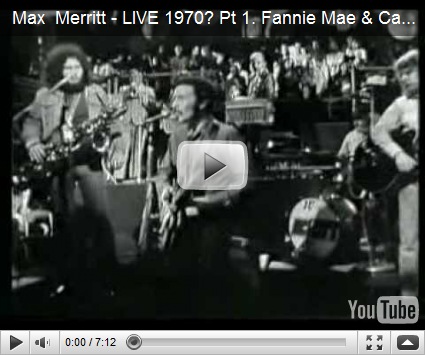