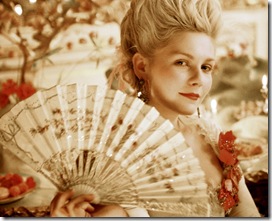 Politicians get enough airtime so I am loathe to let them invade this space. But twice in the past week I have come across an extraordinary sight that, to quote Taika Waititi, brought “a little bit of vomit to the back of my throat.”

While going about my daily business, harming no one, I observed two politicians currying favour – or moonlighting – by cooking on a morning television show.

The title of the segment is clever if off-putting: “Meet Your Member”. My first experience was seeing Phil Goff, the leader of the opposition, trying to cook steak. Stuck in one spot, I had to witness just how long this took, and how much talk was involved. Extensive research has revealed he was actually preparing barbecue wraps. By the time they were ready, any guests would have been sloshed.

It seemed curious that this was taking place while the big news story of the morning was the first death in battle of a New Zealand soldier in Afghanistan. Surely the former minister of defence – who was involved in sending the troops overseas – should have been holding a press conference, expressing his condolences? One hopes that this photo opportunity was pre-recorded or, as they say in the trade, something he prepared earlier.

Yesterday I had a second encounter. As with Goff, the sound was mercifully down. On screen, Peter Dunne, hairdresser to the stars, was making a meal out of making a curry. It did look colourful and appetising. When the recipe flashed up, I saw there was something for everyone, it was a veritable polyglot of community interests: potato (Irish), cumin (Arabs, Indians), onions and garlic (French), ginger (Chinese), chillies (both green and red, just in case). But wait, there’s more …

When will Ahmed Zaoui be invited on to share his kebab recipe?

Thanks for a good laugh with which to start the day.