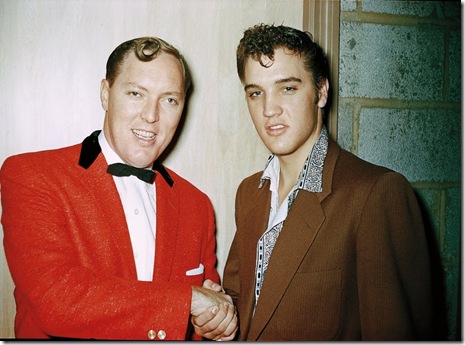 In the 1950s a Cleveland radio DJ called Tommy Edwards – not the singer of ‘It’s All In the Game’ – took colour photographs of stars and aspirant stars who came to his station or gigs he promoted. At a time when there was no colour TV and very little colour printing in pop mags, they were of such interest that he used to have slide shows of his snaps between sets. 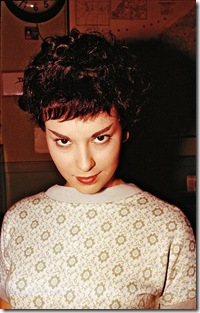 The photographs have been collected in a book, 1950s Radio in Color. Many of them can be viewed at the Collector’s Weekly site, in a piece headlined “When Rock Lost its Innocence”. Though I don’t think there’s too much innocent about this shot of Elvis, seen here before he started dying his hair black, with Bill Haley, or the teen temptress Arlene Fontana (right).