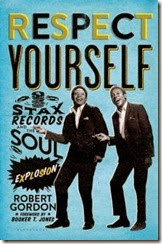 At Stax Records the walls came tumbling down, twice. The first collapse of the legendary Memphis label began in December 1967, when Otis Redding’s sudden death was quickly followed by Stax’s separation from its distributor, Atlantic Records of New York. The death of Redding took out the label’s biggest solo star, while still in his ascendancy. The split with Atlantic didn’t just remove Sam & Dave from its books – the dynamic duo had only been “loaned” to Stax by Atlantic – it removed Stax’s entire back catalogue from its books. A hidden clause in Atlantic’s distribution contract said that ownership of the masters was vested in them, although Stax had made and paid for the recordings.

Another event in 1968 damaged the culture of Stax irrevocably. The murder of Martin Luther King in Memphis at the Lorraine Motel – a location that was one of the few to welcome visiting black musicians – altered the racial harmony that had existed at the label from the beginning. In a city where racism and segregation – both official and entrenched – survived long after the civil rights breakthroughs elsewhere, Stax was an integrated oasis. 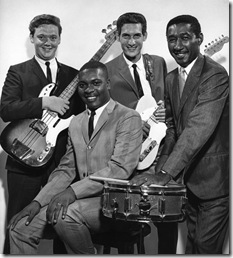 The death of MLK and the racial mores and tension in Memphis are crucial to the Stax story. In Robert Gordon’s rich, absorbing new history of the label, Respect Yourself: Stax Records and the Soul Explosion (Boomsbury USA), the issue of race is like a bad-ass backing vocal against the two-part harmony in the forefront: the music and business angles. Stax has been well covered over the years; dominating the work of Stax scholars and obsessives worldwide are Peter Guralnick’s moving, wide-ranging Sweet Soul Music, and Canadian musicologist Rob Bowman’s exhaustive Soulsville. But in Respect Yourself, you can taste the grits.

Gordon is a Memphian, who has been writing and directing documentaries about local music for nearly 30 years. He connects with the way musicians work and live, and he is also a superb story teller. Respect Yourself is the book he has been writing in the back of his mind since he first picked up a pen, producing two other classics in the meantime. It Came From Memphis (1994) was mostly about the city’s alternative rock scenes of the 1960s and 1970s, with Elvis and Stax barely mentioned, and Can’t Be Satisfied (2002) was an atmospheric, sensitive biography of Muddy Waters. Like Guralnick at a similar stage, Gordon has now produced a trilogy that evocatively recreates the culture in which American popular music was re-invented and heard worldwide.

Reeling from the blows it took in 1968 after Redding died, Stax quickly rebuilt itself under the new management of the visionary, risk-taking black entrepreneur Al Bell. His first task was to create an instant catalogue by recording and releasing 28 new albums simultaneously in an extravagant marketing gesture called the Soul Explosion. Extravagance soon became a byword at Stax, which had been founded by Jim Stewart and his sister Estelle Axton, two sensible, generous-hearted, white, small town music lovers. The frugality of Stewart’s approach is captured in the waste-free backings that Booker T and the MGs provided to the label’s first wave of recordings.

That extravagance was exemplified by the solo career of Isaac Hayes, Stax’s biggest star in the flamboyant Bell years. For Hayes (below), who first made his name as a Stax songwriter and producer, mostly for Sam & Dave, it meant recording albums with tracks that lasted nearly 20 minutes, wearing gold chain mail and little else as stage costumes, and driving a gold Cadillac, gifted to him in gratitude by Stax. 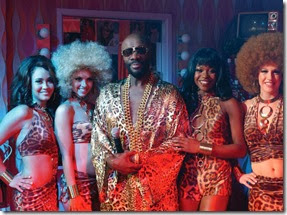 Pimp my wheels doesn’t begin to capture the swagger of the Shaft era, but does hint at another element of the story: the gangster-like behaviour of Johnny Baylor, a black hustler Bell hired to make sure distributors paid their bills and radio DJs played their records. Baylor, who likely put on a gun before his underwear, and his henchman Dino Woodard seem to be characters out of a Blaxploitation movie: they worked in entertainment, they had a great soundtrack, but their actions were deeply sinister.

It was Baylor who brought the walls of Stax tumbling down for the second time, when his bags were searched at Memphis airport, because of an unrelated bomb threat. Inside his bag were stacks of greenbacks, totalling more than $129,000. This alerted the FBI and IRD on to Stax: they were suspicious of the legitimacy of the money, and of other shadowy practices at the Southern, black-owned, independent company. Over the next couple of years Stax inexorably came apart, when debts to its local bank – itself a shaky, dodgy institution – were called in, and many were found to be fraudulent thanks to a bank employee taking backhanders. By 1976 the doors of Stax’s famous studio on McLemore Avenue were padlocked by armed guards, its publishing assets and master tapes taken by receivers. The label has since been sold several times, but is now in good hands at Concord Records, and thanks to revivals spurred by tributes such as The Blues Brothers and The Commitments movies, countless cover versions, and mostly the sheer strength of the back catalogue, the music Stax made has never been forgotten.

What makes Gordon’s book the best yet on this story – which is familiar to aficionados, but unknown to the millions who love the hits – is his identification with the musicians, their characters, and the community from which they sprung. So too is his use of the Memphis Sanitation workers’ strike of 1968 as a parallel story to relate just how pervasive and enduring racism and segregation was in the city.

Guralnick laid the groundwork in 1985 with Sweet Soul Music, which also covered other aspects of soul which didn’t emanate from Memphis (ie James Brown, Muscle Shoals). Bowman’s verbose, earthbound epic made one’s eyes water from the detail, and lacked the flair to move a reader from the armchair to the turntable. (Soulsville has a new purpose now as a book-length series of footnotes adding information about incidents to Gordon’s fast-paced, yet thorough, story-telling.) 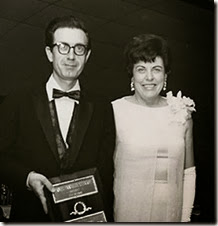 Thanks to Gordon’s skill, the humanity of the characters comes through: Jim Stewart as the sober founder, out of his depth; his sister Estelle Axton – the hero of the book – whose open-mindedness welcomed talented black youths inside the studio; the dignified prodigy Booker T; the reliable Steve Cropper; the brilliant if flawed Al Bell. There is a sense of foreboding as the story unfolds: Stax is like a rollercoaster that sails through social and business barriers, taking risks at every corner, then builds up speed so that inevitably gravity comes knocking, in the guise of a hooded taxman and bank auditor. Gordon gets the sense of community and family that were essential to Stax’s success, and describes music making with just the right amount of colour and knowledge that while reading one is transported to the dance floor. Above: Jim Stewart and Estelle Axton.

Gordon has been interviewing the participants for almost 30 years, some of them for the 2007 Stax documentary Respect Yourself, which he co-directed. While the acknowledgements and suggestions of further reading and listening are helpful, I could have done with more precise information in the appendix about exactly who he interviewed, rather than general attributions to, say, Guralnick, who was one of several people who provided Gordon transcripts of their own interviews with key players. (Dead or alive, the interviewees are all quoted in the present tense.)* Also, the occasional subjective quip – which increase as the story continues – can sometimes intrude. 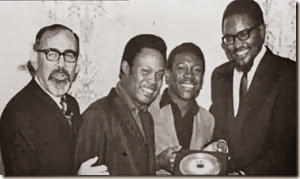 Gordon is understandably sceptical about Atlantic executive Jerry Wexler’s protestations of innocence in the saga of the company’s ruthless contract with Stax, but this could have been examined further. Wexler brought the incident up moments after Gordon began his interview with an innocent question, which is interpreted as “he protesteth too much”. Wexler could also have been racked with guilt, and haunted by the clause decades later. He was known as hard-nosed but always respected as a music man, not a suit: he could well have been oblivious to it. In his own biography, Wexler uses almost exactly the same words as he said to Gordon, and names Paul Marshall as the Atlantic lawyer responsible for the master-grabbing clause in fine print neither party had read. Also, there is a mention of Wexler asking Jim Stewart if he was interested in Aretha Franklin, whose contract at Columbia was about to finish. $25,000 was too much for Stax, so Atlantic signed her directly. I am unconvinced that Wexler would be so coldblooded towards the small Memphis label, whose musical and personal style he so admired, that he would suggest this while knowing of the hidden clause.

That small niggle aside, even when the business story of Stax begins to dominate the racial, political, and most importantly the musical angles, Respect Yourself is an exhilarating, often heart-breaking history. It will satisfy Stax aficionados and the newly converted, and does justice to the story by providing a context to the miracle of Memphis – and by opening up the music itself, like a re-mix editor looking for a hidden hook in the original multi-track tapes.

When I first visited Memphis, on an overnight stopover in 1988, I asked a white taxi driver where we were in relation to Stax. “Sex?” he said. “You want sex?” It was mainly my accent (in Georgia, asking for a Beck’s beer, after much confusion I was offered a Bax) but the confusion typified the disinterest that mainstream Memphis had in its local success story. One of the most gratifying elements of Gordon’s book is the conclusion, which suggests this disdain – much of it a product of institutional and inbuilt racism – has now evaporated. In the wake of Elvis’s death and the tourism dollars generated by Graceland, a new respect has been granted Stax. But the positive ending isn’t about filling motel rooms, it’s in keeping with the spirit of the label. The Stax Museum of American Soul Music – its premises a replica of the studio, on the original site – now contributes enormously to the community with its music and education programmes. This street-level activity proves to the neighbourhood children, whose grandparents once danced outside the doors of the studio, that music will not just help take you there, but to respect yourself.

* Update – apparently more expanded footnotes are to appear on Robert Gordon’s website, alongside some pure musical gold he rescued when visiting the Stax building as it was demolished: a stash of reel-to-reel tapes, featuring jam sessions by Booker T and the MGs, radio stings, etc.

Visit the Memphis Music Hall of Fame website for many rare pictures and links to audio interviews and video clips. The Stax Museum also has many video clips. Here is a Spotify playlist of 252 songs mentioned in the book, compiled by Jim Higgins of Milwaukee.

Finally, a word from our sponsor, Rufus Thomas.