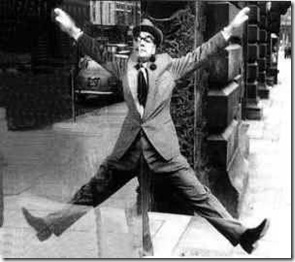 I just heard a brilliant doco on composing for British film and TV comedies. Hear the unheralded geniuses who made music behind the Carry On films, Tony Hancock, Harry Worth et al reveal their secrets. It's called Waa! Waa! Waa! Waaaah!.

Among those interviewed is the recently deceased Angela Morley, the "Wendy Carlos" of film composing. Among her credits: Dynasty and Dallas. Her obit is fascinating.

Found the doco on the excellent radio documentary site Speechification.com, an anthology of the world's best public radio docos tailor made for podcasting. I'm looking forward to the one on the history of the mini-skirt. It's called The Shock of the Knee.