(An earlier take on road music, written for OnHoliday in 2006.)

Looking for adventure is only one reason to head out on the highway. For me “holiday music” means road trips and their essential companion, the road tape. For years I lived in Auckland but my parents were in Wellington, so in the days when plane fares were exploitative, that meant hitting the road. 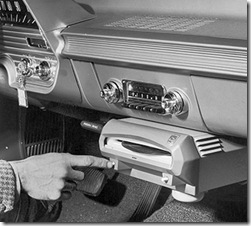 State Highway One doesn’t have the cachet of Highway 61, Route 66 or the Nullabor, but that’s only because our musicians haven’t romanticised our main artery as much as our poets: Sam Hunt saying to the dead possum, “Little man … I never meant you no harm”, or ARD Fairburn’s “squalid tea of Mercer”.

There is a small atlas of songs signposting New Zealand places, most famously Peter Cape’s ‘Taumaranui’ and Ken Avery’s ‘Tea at Te Kuiti’. But ‘Taumaranui’ is a train song so it doesn’t count, and the endearing 1950s humour of ‘Te Kuiti’ (“when I tell a man or two about the Manawatu / they’ll wonder why I ever went away”) is more Morris Traveller than Ford Futura.

When I edited Rip It Up in the mid 80s, heading home after deadline was something to look forward to (albeit in a bright yellow Honda Civic, with many careless owners; its nickname “the Lemon”). The journey meant something precious: quality listening time. No phone calls or interruptions, just a chance to wallow in one’s personal jukebox. Usually, a new album, taped in advance without listening to it. Once the Southern motorway cleared, at about the Karaka horse stables, I could press Play.

It wouldn’t be Duran Duran, and certainly nothing dreary from the shoe-gazing school of rock. The opening song is crucial, whether on a new album or a compilation. (The phrase “mix tape” had yet to be invented, and the Ipod that changed travelling soundtracks forever.) It can have what radio people call “a hard start”, such as the Stones’ version of ‘Route 66’ that opened their very first album with such acceleration.

Springsteen’s ‘Born to Run’ is an obvious example, and on the road is the only time one can sing along to “strap your hands across my engines” and not blush. Or an opening track can be smoothly layered, with each instrument coming in one-by-one so that by the time the vocal enters, the song has definitely hit its stride: ‘Gimme Shelter’.

The great New Zealand road songs are more about contemplation than V8 machismo. Al Hunter's ‘Highway Song’ was written when he was, appropriately, a truck driver. That it was a pet food truck may be why the song is more sensitive than one Billy Joe Shaver would write. I wouldn’t play Bic Runga’s ‘Drive’ while nodding off on the Desert Road, but mid-journey it is time to hit cruise control with songs that celebrate the landscape with soul. Maybe a solo album from that prisoner of the white line, the Warratahs’ singer Barry Saunders (Magnetic South).

Or try two songs from the masters, Dave Dobbyn and Neil Finn. Dobbyn’s ‘Blindman’s Bend’ is for reflection (“The torch songs on the radio / Made the rain dance with the windshield wipers”). Finn’s ‘Into the Sunset’ anticipates freedom, pohutukawas in bloom and a barefoot Christmas at the beach. The middle section just soars: “And I’m away from home / And it’s a way of life / And I’m flying high / And I’m a wheeling gull …”

It is about going west rather than going south, heading not towards home, but on holiday.