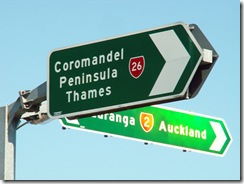 The first time I went on the road with a rock band was a great adventure. University was finally over, with a whimper, not a bang, so I hitch-hiked north to join a band as a working observer. I remember every moment: the gigs, the cheap motels, the pub proprietors generous and mean-spirited, eating ham steak meals in the kitchen, the apres-gig parties, the friendly provincial music fans, the ferals who came in from the bush, the constant jokes. The tour - in a 1973 Falcon XA - started in Rotorua, took us through the Ureweras to Gisborne and across the Gentle Annie. The first day's drive out of Rotorua to Whakatane was brilliantly sunny; summer 1982-83 had begun. We were all in awe of the new song on the radio, 'Do You Really Want to Hurt Me?' - a perfect pop song - and when we caught the video on its first showing on Ready to Roll later that week, seeing the unknown, flirtatious singer was compelling if unsettling. In Whakatane the sound gear broke down and the band gave the money back to the 40 people there on a Wednesday night. The gig went ahead anyway through the monitors, and the audience put the hat around and raised $52. The barman came up afterwards with two jugs of beer in each hand, plonked them down and said, "I felt for you guys. I was on tour with a Maori showband in Europe in the 1960s. The things we got up to." Besides bad behaviour he meant the easy laughs they got from mocking Maoritanga - haka, grass skirts, tongue wagging - "We'd be shot these days."

In Napier we spent a week at the notorious Cabana. Napier was notorious because, pre-wine, there was a sleazy element to the port town; in the rock'n'roll world it seemed like New Zealand's Hamburg. But the Cabana hotel was notorious for its great welcome to musicians (captured in Lee Pritchard's book Hotel Cabana Thru the Decades). 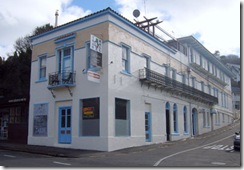 While there Sam Hunt and Hammond Gamble turned up to perform, and I remember the session afterwards - some food would have been a good idea - where Sam joked about the nutter who stood right in front of the stage, glaring, while Sam recited his poetry. "I felt like taking him out with my Beatle boot!"

And two guys turned up who knew one of the roadies, the legendary Keef McFrenzy; he was a generous, funny guy so indulged them, for a little while. They were on one, farting low-powered motorbike. When no one else still had long hair, their lank mullets hung down their backs. When no one else except sailors had tattoos, their arms were like Rorschach tests. Their jeans were so greasy they left oil slicks where they sat down. They were so thin they could walk through a closed door, and they talked like they were on Valium. Allegedly they were in a band: the Parasites. "Could you give us a lift in the truck?" they asked. "We're going up the Coromandel to get the bad habits out of our system."

This all came back to me as I drove out of the Waikato towards the Coromandel; as the teenage mother used to say, I've gone up north for a while. It was one of those stifling, hot, still Sundays where everything in the dry countryside - even the trees - seemed to be asleep. (Except the cicadas, which drowned out the radio.) Every landmark seemed to be music related. The Waihou Hotel, where Gerry Merito had died the week before: a classic country pub at an almost bare crossroads, probably suffering since drink-drive laws were tightened. Waitoa, just near where Highway 26 meets 27; it's a dogleg crossroad, so that Hwy 27 drivers heading to Auckland don't plough straight through drivers on Hwy 26 heading to Te Aroha. Overshadowed by a dairy factory, Waitoa is where Karyn Hay grew up. In a 1984 Listener profile she evocatively described her teenage years: "summer nights and Buddha sticks" (her novel Emerald Budgies about a hedonistic Auckland radio scene is a must read).

Forget L&P, Paeroa has an unacknowledged place in New Zealand's music history. From here in the 1930s emerged the Campbell brothers, a Maori trio who were among our best jazz players. And just to the right as you cross a narrow bridge into the town is Goldfields printing factory where for so long most of the vinyl album sleeves in New Zealand were produced. (The late record aficionado Dave Perkins - who ran Auckland's hip Taste shop in the 70s and Snake T-shirts in the 80s - pointed out to me how cheap the local record companies were back in the 60s. Festival would print the front cover in colour, then the back in B&W, even if it was the same photo wrapped around the spine. "But those heavy Green & Hall pressings ..." he'd say with the gleeful grin of a vinyl junkie. A conversation with Dave was a history of the New Zealand record business from the front end, with all the romance that Bryan Staff and Sheran Ashley's Off the Record needed.) Andrew Schmidt covers the gritty musical underworld of Paeroa often on his Mysterex blog, but by the time I get to Waihi I'm thinking way back. Radios had been manufactured here by Akrad from 1934 and, in the 1960s and 1970s, radiograms and record players by Pye. Our first stereo was a Pye from Waihi in 1972, and it cost $99, three weeks of my first holiday wage a year later.

The best New Zealand road/music book is Colin Hogg's Angel Gear, about travelling with Sam Hunt in the late 1980s (okay, it's a small genre). The first book I read when getting to the Coromandel is the last book I bought in Browsers, one of Hamilton's two excellent second-hand bookstores (the other is the Crow's Nest). Roads is written by Lonesome Dove author, Larry McMurtry, who besides writing novels, history and screenplays runs his own massive second-hand bookshop in a small Texan town. He gets the urge to drive the great roads of the US: the interstates, not the backroads, as in Blue Highways. Roads is a driving book rather than a travel book, he doesn't bother interviewing colourful locals in diners. While at the wheel, McMurtry comments on the history he is passing along the way: native American sagas and colonial devastation. Also all the novelists he knows about from the various areas, as he is a serious book reader and collector. Even though McMurtry has had great success writing (almost 30 books, including novels that inspired Hud and The Last Picture Show) he has been in the book trade since the early 1960s, scouting for gems all over the country. Despite the fast-food franchises that cluster around all the exits, Interstate USA doesn't all look the same. "There are, after all, McDonald's in both Moscow and Paris, but few would argue that Russia and France look the same."

My aim in recording these journeys is simple: to describe the roads as I find them and supplement current impressions with memories of earlier travels along some of the same routes. I'm driving for pleasure, and will consider myself quite free to ignore roads I don't like (that is, the 95) or to switch roads if I come to a stretch that bores me. My method, to the extent that I have one, is modeled on rereading; I want to reread some of these roads as I might a book. I recently reread War and Peace, skipping all of the Freemasonry and most of the philosophy of history. In the same spirit I expect to skip large chunks of the 10, the 40, and so on. Conversely, just as there are passages in Tolstoy of which I never tire, there are stretches of road whose beauty I can never exhaust ...

The book is like one of those you write in your head as you're driving long distance, full of memories, links and observations, sometimes with a soundtrack. On several treks across the Desert Road in recent months, Barry Saunders's Zodiac has been the perfect accompaniment. Now there's someone who likes a road trip, and knows how to sing about them.

Coda: the day after posting this I heard that Keith McKenzie, roadie to the stars - Hello Sailor, Th' Dudes, the Meemees - died a year ago. The first person I ever heard use the phrase "a legend in his own lunchtime," he was an education and a friend (albeit, like a gig at the Wiri Tavern, a worry). He helped create the pub touring circuit of the late 1970s-early 1980s. From Invercargill to Kaitaia, he insisted they put in three-phase power. He should also be credited with spreading the expression "choice" over the same distance. To use his own approving description about someone, he was "rock style." For better or worse. Hard to believe his father was a policeman, and that he'd once been a teacher.

I didn't know about that Keith, a man we used to call McFrenzie, had passed. He lived a life that few of us could keep up with although I fondly (now, not then) remember the time he tore the top of the rental truck off on the side of his house.

He seemed non-plussed about it all and we snuck it back into Metropolitan Rentals, hiding it around the corner in the hope they'd not notice.

They didn't ever mention it. I guess it was his smile. RIP Keith.