You can tuna fish, but … 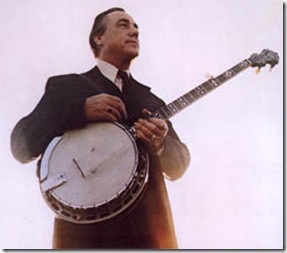 In a radio series on alternative country in the late 1990s, I enjoyed bending the definition outside of the Jayhawks/Uncle Tupelo/Wilco party line, in which miserabilists genuflect to Uncle Neil without the melodies or edge. Among the items I used to illustrate a point – probably that there had always been alt country, or the connections to Gram Parsons - were the Rolling Stones’ ‘Country Honk’ and the Flatt and Scruggs theme to Beverly Hillbillies. Shortly afterwards, reviewing a record I foolishly said, “and that’s about as likely as a bluegrass revival.” Virtually the next month, along came O Brother Where Art Thou, and it was all on.

Banjo players get a bad rap. There are many websites devoted to banjo jokes, and some bluegrass/banjo sites even include them among the transcriptions and flat-picking tips (“Why are banjo jokes so simple? So that bass players can understand them.”) This week on the New Yorker blog the comedian – and part-time musician – Steve Martin has written a warm-hearted, musical tribute to the bluegrass banjo legend Earl Scruggs. He begins with hyperbole:

But Martin then describes how Scruggs – as a 10-year-old – discovered a method of picking using the third finger, creating a seamless, staccato roll that made the banjo a virtuosic instrument, while never losing the song (okay, occasionally losing the song).

The banjo lends itself to showing off: it’s often played fast and thrillingly, fingers flying up and down the neck, the right hand connecting to the left with seemingly impossible accuracy. But Earl always remembered his mother’s advice when he was a boy: “Play something that has a tune to it.” His first and last priority was to make music, which keeps his sound melodic and accessible.

Martin also mentions Scruggs’s shabby treatment by the egomaniacal bluegrass “father”, Bill Monroe, and his commitment to civil rights that led him to break up the partnership with Lester Flatt and feel at ease with the late 1960s “counter culture”. Scruggs, who is still playing aged 88, can be seen playing ‘Foggy Mountain Breakdown’ with Martin and others here, but this clip shows him playing a Dylan song with the Byrds at the time of their Sweetheart of the Rodeo album. 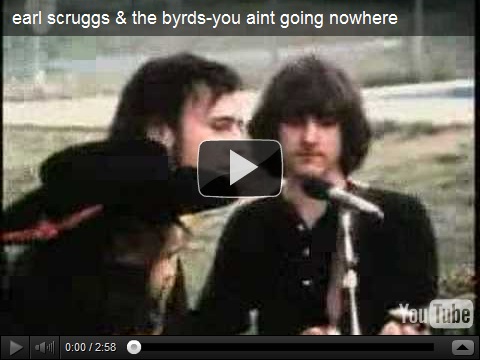