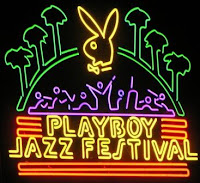 NEW YORK (AP) -- Playboy Enterprises says Christie Hefner, the daughter of founder Hugh Hefner, is stepping down as chairman and chief executive. Playboy Enterprises Inc has named director Jerome Kern to serve as interim non-executive chairman while it looks for a replacement.

And, in a radical move for Playboy, Cole Porter has been announced its first gay CEO.

"To Kill a Songbird," by the NZ Herald's award-winning columnist Paul Holmes.

Please help. Is this satire, or was that a jazz cigarette?

Why the Times Literary Supplement doesn't have a business page: