Take it to la bridge

Reading the London Independent’s fascinating obituary of French pretty-boy singer Frank Alamo – the leading exponent of the 1960s yéyé genre – I came across a sentence about his rivals Johnny Hallyday and Claude François. All three recorded French-language adaptations of UK and US hits, occasionally covering the same songs, eg ‘Da Doo Ron Ron’ and ‘I Want to Hold Your Hand’. This is how the obituary described Alamo’s competitors:

Hallyday, in the late 1950s, based his moody persona on Elvis Presley and the US rock’n’rollers, while François drew on James Brown and Motown and surrounded himself with dancing girls – les Clodettes, inspired by Ike and Tina Turner's Ikettes – but the clean-cut Alamo gave them a run for their money …

A French James Brown, go-go-ing Clodettes? I had to see this. The song I found is called ‘Belinda’. 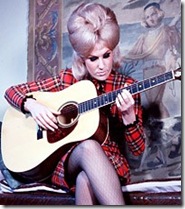 I Second That, Emotions

Raiders of a Lost Art 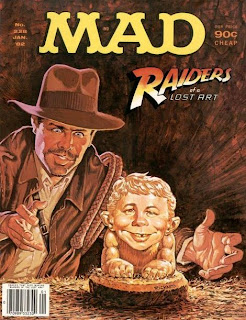 Brian Kellow's recent biography of Pauline Kael is workmanlike, but for the past couple of weeks any pre-1991 film watched at home is followed by a book coming down from the shelf to wallow in her reaction. Her life was at its richest when watching a film or sitting at a typewriter to release her response, so in lieu of personal information, Kellow leans heavily on précis of her reviews. Her reaction to the impact of the Jaws/Star Wars blockbuster successes in the mid-1970s on the future of the film business - and independent films - was prescient.

Discussing Kael's response to Raiders of the Lost Ark, the George Lucas-Steven Spielberg 1981 tribute to the old movie serials, Kellow's summary encapsulates the disappointment so many feel when watching talented filmmakers waste their time on action-packed but emotionally empty epics. Raiders, writes Kellow,


... appealed to an incredibly wide base, but Pauline regarded it as a perfect symbol of the rise of the marketing executives; in her review of the picture, she pointed out that marketing budgets often surpass total production budgets, a practice that "could become commonplace." She found Raiders didn't allow you "time to breathe - or to enjoy yourself much, either. It's an encyclopedia of high spots from the old serials, run through at top speed and edited like a great trailer - for flash." At last, she could see the direction in which Jaws had led. Its excesses were especially a pity, she thought, because both Lucas and Spielberg were loaded with movie-making talent. She observed that if Lucas "[wasn't] hooked on the crap of his childhood - if he brought his resources to bear on some projects with human beings in them - there's no imagining the result." But it's doubtful that Lucas paid attention to her admonishment - not in the face of the $230 million gross racked up by Raiders.

In response to Disney's purchase this week of the Lucas/Star Wars empire, Richard Brody, the New Yorker's film blogger (is he too geekish to be an actual columnist?), has just written a positive post about US independent filmmaking.
Posted by Chris Bourke at 9:30 PM No comments: