When I say hit it, I want you to go two up and two back, with a big strong turn – and back to the Madison.

One of the biggest hits by the suave jazz-blues pianist Ray Bryant has had many revivals. ‘The Madison Time’ – an instructional dance tune – was already two years old when the Ray Bryant Combo recorded it in 1959, but his group’s cool, swinging version of it has proved irresistible.

In 1988 John Waters used it in his original film version of Hairspray, and since then Quentin Tarantino has referenced it in Pulp Fiction, and it is featured in a scene in The Go-Getter, a 2007 vehicle for Zooey Deschanel. Both scenes were tributes to yet another film, Jean-Luc Godard’s 1964 Bande a Part (Band of Outsiders). The famous dancing scene starring Anna Karina is stylish, although her technique is wooden, and the dance is not actually the Madison.

Godard later said of the Pulp Fiction tribute that he would have preferred Tarantino had just given him some money. We can’t blame Tarantino on the Madison’s influence on the robotic dance craze of the early 1990s, line dancing. ‘Achy Breaky Heart’ was as dumb as the movements it accompanied, but it has to be said the Madison was its forebear.

Bryant, who died earlier this month aged 79, had a piano style perfect for the cool jazz era of the late 1950s. As this Independent obituary notes, he wasn’t swayed by the frenetic bebop pianists of the period, instead he kept his roots in gospel and blues; among his mentors was the elegant Teddy Wilson. Here is the Ray Bryant Combo performing an instrumental version of ‘Madison Time’ in 1960. The lyrics – or rather, instructions – are here. Hit it!

Posted by Chris Bourke at 1:38 PM No comments:

Originally from SH1 forestry town Tokoroa, funk band Collision emigrated to Australia in 1976 and got a gig at Les Girls in Sydney's King's Cross district. In 1978 they recorded their only album - Collision - for the Infinity label in Sydney. The producer/engineer was Richard Batchens, house producer for Festival Records. Overlooking the production was Dalvanius Prime of 'Poi E' fame. Nick Bollinger's 100 Essential New Zealand Albums (Awa Press, 2009) revived interest in the album; he reports that Lionel Richie encouraged the group to move to New York, but that was a step too far.

2 You Give Me Love (Muggleton-Nobel)

Posted by Chris Bourke at 1:51 PM No comments: 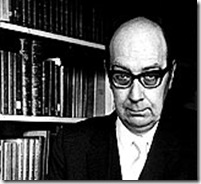 Posted by Chris Bourke at 10:12 AM No comments: