There’s a case to be made for Christchurch being the most influential city in New Zealand music. In pop music, the American servicemen who passed through as part of Operation Deep Freeze provided R&B 45s to bands such as Max Merritt and the Meteors (Max is on the left in this picture), and Ray Columbus and the Invaders. In turn they influenced bands throughout the country. 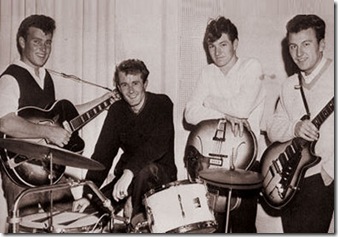 Earlier, guitarist Tommy Kahi taught hundreds of pupils, among them Billy Karaitiana (third from left) and Kevin Bayley (Rockinghorse). With his brother Mark, Kahi held court at the North Beach surf club, while beat bands competed for audiences at the Spencer St and Hibernian dances. In jazz, the Bailey-Marston big band hired the city’s best swing musicians, apart from Martin Winiata, whose own big band held down a residency at the Union Rowing Club featuring glamorous singer Coral Cummins (she can be seen here with the 3ZB Brian Marston band, and heard here with Winiata’s Quintette, along with several other Christchurch radio swing bands from the 1950s). Winiata also backed Peter Lewis on the local rockabilly classic ‘Four City Rock’. From the 1950s, musicians such as Doug Caldwell, Harry Voice and Stu Buchanan passed on their skills to countless young musicians. Caldwell backed All Black Pat Vincent on an excellent EP on local label Peak in 1960. Now in his 80s, was still teaching at the Christchurch Polytechnic jazz school the last I heard.

Also to emerge in the beat boom of the 1960s was Diane Jacobs, originally from Waimate, who performed with Phil Garland in Christchurch combos the Saints and the Playboys. She went on to become Dinah Lee; he became New Zealand’s leading folk-song collector and performer. Really, the names from Christchurch are endless: Chants R&B, the Hip Singles, Pop Mechanix, the Dance Exponents, the Gordons, the Androidss, the Jean-Paul Sartre Experience, the Narcs, the Feelers, Jody Lloyd’s Dark Tower … right through to Bic Runga, Anika Moa and Scribe. (Many of these acts were featured on a great double-CD compilation produced in 2005 by the Narcs’ bassist Tony Waine, Christchurch The Music, on EMI.)

Much earlier, and on the other side of the tracks – in classical and contemporary art music – professors such as Vernon Griffith shaped the way music is taught in this country, following a strictly British model. Among those who passed through the portals of the University of Canterbury school of music are Frederick Page and Douglas Lilburn. The latter two went on to found Victoria University’s school of music in Wellington in the late 1940s, emphasising original composition far more than Christchurch.

Still, it was Christchurch where Lilburn got his first significant formal training, while in 1930s Christchurch alongside artists in other disciplines, such as Rita Angus, Leo Bensemann, Allen Curnow and Denis Glover. This review of the award-winning Douglas Lilburn biography by Philip Norman is from the Sunday Star-Times in 2006.

Fanfare for an Uncommon Man 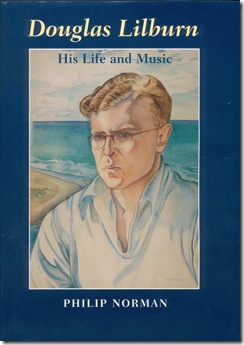 Douglas Lilburn was a man alone, and he felt it. His reputation is now secure as the “father of New Zealand composition” but it was a lonely, courageous path he chose. He had no mentors – predecessor Alfred Hill of “Waiata Poi” fame mostly lived in Australia – and when Lilburn won his first prize, for composing a symphonic tone poem, he had never heard an orchestra perform live.

The prizes came quickly, but respect came slowly. In the 1940s, the New Zealand music establishment was unused to having a composer in its midst (“meeting a composer then was like meeting a polar bear in Lambton Quay,” said Richard Campion). Some local orchestral players were reluctant to give premiere performances; when confronted with a hand-written manuscript, one musician asked, “How do we know if it’s any good?”

Eventually, Lilburn would receive every honour this society can offer: the rare Order of New Zealand, an honorary doctorate (though he never completed a music degree), a bronze plaque on his student flat in Christchurch, his Wellington home revitalised as a residence for visiting composers. Before he died in 2001, Lilburn established a trust that has hugely assisted New Zealand’s musical heritage. Now composer and musicologist Philip Norman has returned the gesture. This extraordinary biography ensures that Lilburn’s achievements are properly acknowledged. Scholarly yet compelling, with a rare mix of honesty and affection it portrays the complexities of its subject.

Lilburn was intensely private, almost a hermit in his last two decades. “Biographers,” he wrote, “are maggots on the meat of reputation.” Yet he ensured his legacy was preserved for posterity, keeping a diary for years, getting his papers in order, creating an archive. Norman, whose PhD thesis was on Lilburn’s music, has picked over the bones thoroughly, but with fairness and flair. He has resisted being cowed by his subject, or swamped by his material.

Lilburn’s isolation started early. He was born in 1915, the seventh and last child of a Scots-born farmer with vast holdings near Wanganui. His upbringing was Presbyterian-staunch and lonely, but also idyllic: the 8000-acre farm had four waterfalls and Mt Ruapehu on the horizon. A Quaker primary school gave him a Thoreau-like respect for the environment and the disposition of a gentleman and scholar. Boarding school at the other end of New Zealand – Waitaki Boys High, during the legendary regime of Frank Milner – was “utterly barbarous” but ultimately beneficial. Milner passed on a reverence for language, another teacher brought out his musical talents, and Lilburn credited the experience with giving him survival skills.

Canterbury University College did more than nourish the shortcomings in his musical education; it introduced him to a supportive artistic circle. His friends became giants in New Zealand’s cultural awakening: Rita Angus, Denis Glover, Allen Curnow, Ursula Bethell. Travelling to London he studied with Ralph Vaughan Williams, befriended Robin Hyde, and won more awards. Prodigal Country was an early prizewinner, and he returned home to become a wartime shepherd on a Taihape farm.

He resettled in Christchurch to become a freelance composer and, briefly, a critic and conductor. The book’s major surprise comes from this period. Lilburn, already aware of his homosexuality, had a relationship with Rita Angus, who miscarried their child. Lilburn’s archive contained 400 letters from Angus.

In the late 1940s, as a tutor at the summer music schools in Cambridge, Waikato, Lilburn found his musical isolation was evaporating. He was already an inspiration to a new generation: David Farquhar, Larry Pruden, Dorothea Franchi. An early champion, Frederick Page, recruited him to Victoria University’s fledgling music department, and the institution’s emphasis on composition was in place. “Conditions for a composer in New Zealand were bleak,” Lilburn recalled later, but he had no shortage of offers, or well-meaning advice. Angus scolded him for becoming an academic, thinking it would stifle his art; architect Ernst Plishke advised against taking a job as the National Film Unit’s composer: hack films would kill him.

Instead, Lilburn’s creative path was not dissimilar to Stravinsky’s. He was drawn to experimentation; by his third symphony (1961) he was using the mathematical constructions of the modernists, rather then conventional harmony. Owen Jensen wrote that the angular symphony “may never be popular, but … it represents a new and even more mature Lilburn.” Within a small circle, his music – and success – caused controversy and envy. 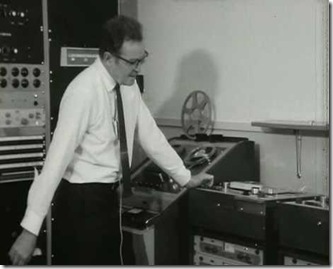 Exploration into even more unknown territory followed: the new medium of electro-acoustic music. Lilburn wanted to “exorcise the demon by meeting it on friendly terms.” Twenty years after his famous orchestral collaboration with Curnow, Landfall in Unknown Seas, in 1965 an electronic treatment of Alistair Campbell’s The Return was equally groundbreaking.

Norman captures the contradictions of Lilburn: he was given many accolades, but felt undervalued. He was a visionary intellectual, generous and erudite, but could be touchy and acerbic. He had many devoted and supportive friends, but was not beyond a feud (his professional relationship with the less-adventurous composer Edwin Carr is “worthy of a roman à clef,” says Norman).

Lilburn abandoned composition after his retirement, and spent 20 years putting his papers in order. Deafness and alcoholism hastened his natural tendency to solitude, but anonymously he was a champion and benefactor of young composers and many causes.

One of the great New Zealand lives has now been rewarded with a great biography. Norman’s dedicated scholarship is balanced by an easy narrative style, and the picture research is simply astonishing (the pedestrian use of an Angus watercolour portrait for the cover doesn’t reflect the treasure inside). Lilburn’s impact on New Zealand culture went beyond music; this biography shows that in all the arts, he was a crucial figure in a young country finding its own voice.