50 Ways to Leave an Industry 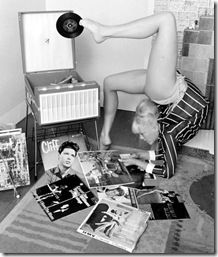 In 2008, I suggested that June rather than May would be a better month to celebrate New Zealand music. Although lacking the alliteration, that was the month in 1977 that Murray Cammick and Alastair Dougal began a rebirth in the industry by launching Rip It Up. This month Rip It Up – now owned by Satellite Media, with Murray as a columnist – celebrates its 35th year. To mark the occasion, special edition T-shirts of old covers are available. Last week, while looking in the June/July 2003 RIU to re-visit Murray’s obituary of the influential retailer Dave Perkins, I came across this feature and thought it epitomises how the music business has changed in nine years. The shift has been bigger than vinyl to CD, or 78 to vinyl. You expect pop stars and politicians to fade away, shops to close and media buyouts, but here it’s not so much a case of movers and shakers leaving the industry, as the industry leaving its movers and shakers.