Waitakere and Miramar can fight it out as Westywood or Wellywood. Otaki planned to become the film centre of the South Pacific in 1921, well before talkies. The New Zealand Theatre & Motion Picture magazine was sceptical about the hamlet’s aspiration to become “the Los Angelos of New Zealand.”

Willy-nilly, the good people of Otaki have decided that their health-giving little town is a suitable place for the establishment of the picture-making business in New Zealand, and a company, with a capital of ₤25,000, is being formed to erect an up-to-date studio. Now, whilst not wishing to dampen the ardour of the people concerned, and least of all to deny that Otaki has certain advantages from a photographic point of view – clarity of air, good weather, fine sea and mountain scapes – we would point out that there are thousands of such places in the world, and that studios have not been established in each because the American, English, French, German, and Swedish studios are turning out more “movies” than the world can masticate … picture supply has leapt ahead of the demand. The fact that 50,000 picture people are out of work in Los Angelos will at least give the Otaki company an excellent opportunity of building up its histrionic staff.

Nearly 80 years later, Otaki is booming, causing havoc on State Highway One as weekend shoppers look for bargains. Once famous for a health camp that strengthened the country’s 19lb weaklings, Otaki has reinvented itself as “the lingerie capital of New Zealand.” The Bendon shop was among the first to transform it into a discount destination, and since then outdoor gear and swimsuits have followed. But behind the fashion façade is a thriving nest for Maoritanga. The iwi station’s slogan is “Keeping it reo”. 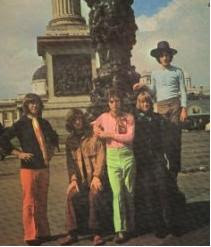 Going back to the country was all the rage as the 1960s ended and the hangover began. The Band were probably the first to go rural, when they shifted to upstate New York in 1967, recording The Basement Tapes with Dylan and writing Music from Big Pink. But Traffic were the first to make a noise about heading out of town for some provincial quiet. In 1968 they all moved into a small cottage in Berkshire to write their second, self-titled album, which has been compared to Big Pink. Canned Heat wrote the ultimate song about it, the perennially sunny, uptopian ‘Going Up the Country’, staying in the water, getting drunk all the time. Van Morrison’s ‘And It Stoned Me’ fits too: fishing poles, gypsy soul, ohh the water. Damn cold at the moment, and it’s only late Autumn.

New Zealand’s contribution to the genre was the Fourmyula’s atypically stomping ‘Otaki’ in 1970: ‘We’re goin’ down to Otaki … they take drugs in Otaki …’ It was actually recorded in London, maybe it was inspired by homesickness: the winter of 1969-70 was a long way from a sunny front porch in Upper Hutt. A box-set of the Fourmyula is imminent, so we’ll be able to hear the Fourmyula at their boogie best soon. 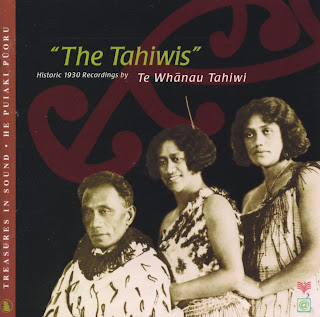 Forty years before the Fourmyula, the Tahiwis were the first to celebrate Otaki on record. In 1930 the Maori trio travelled from Otaki to Sydney to record 22 waiata for Parlophone, including one called ‘Otaki’. The song is a lament, to waltz rhythm, accompanied by a keening fiddle and oompah piano. They also recorded ‘Raukawa’ (their tribe, words by the legendary leader Kingi Tahiwi), ‘Waikato’ and ‘A Poi Dance’ (which featured a solo by Henare Tahiwi on the mouth organ). ‘Waiata Maori’ was arranged by Alfred Hill and segues from a maudlin ballad into a “Ka mate! Ka mate!” chorus and back again. The record company was likely looking for a single when it asked the Tahiwis to record several popular favourites from the brand-new talkies, among them ‘Happy Days Are Here Again.’

The Tahiwi recordings can be seen as New Zealand’s equivalent of the seminal Carter Family recordings in Bristol, made three years earlier. All 22 sides were preserved by the Alexander Turnbull Library – from a set of pristine 78s found in a private collection in Australia – and released on CD in 1998 as part of the National Library’s “Treasures in Sound” series (Atoll A9801).