(From the programme for a 1970 Kerridge-Odeon tour)

John Rowles on Girls ... or IF I ONLY HAD TIME!

When deeply engrossed in a hectic recording session or straphanging in a crowded tube on his way to an engagement, John Rowles will suddenly close his eyes, sigh and transfer his thoughts to a golden beach, pretty girls and relaxing.

At 22 John considers he is far too young to think of getting serious with a girl but he loves their company. Holiday time to him is the one big break of the year in which to completely relax physically and mentally and simply refuses to be tied down to one girl during his short time away from the rigours of show business.

"I love being surrounded by pretty girls," he says. "I love girls, all of them. But I never take a girl on holiday with me ... I might meet a nicer one when I get away. Holiday flirtations shouldn't be taken seriously. They are just a giggle to be enjoyed and then forgotten. It's so easy to lose your head when you're on a lovely beach with time on your hands!"

Despite this reluctance to become entangled, John does not see himself as a confirmed bachelor. One day he feels he will settle down - his ideal girl will have long hair, be tall and slim and above all have a lively personality.

Not surprising when not working John will settle for peace and quiet above everything else. John Rowles jogging along on a horse, fishing in a stream or just thinking back over his boyhood in New Zealand and the days of pig and deer hunting is a happy man.

When I first interviewed John Rowles, it was on the phone, and he couldn't have been less interested. But when I met him for an interview 15 years later, he was charming and a good sport. What he said in the later interview was very similar to this one from 2007 in the Howick and Pakuranga Times (and his 1970 philosophy): honest, even disingenuous to a fault. Though looking at the video for what is still his greatest musical moment, I'm a bit doubtful about the recording budgets he quotes.

I'll Take You There 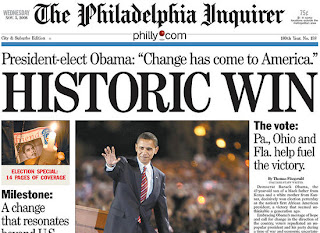 I love that John Rowles song (although to be honest it's the only one I can deal with).

Like you, those budgets...is he being serious. Fleetwood Mac's Tusk cost a million quite some years later and it was the most expensive album ever and followed one of the biggest selling albums in history.

That interview is a bit sad I think..he sounds a bit broken.