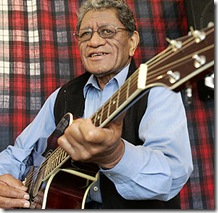 Because he wasn't the lead singer, Gerry Merito was the unsung hero of the Howard Morrison Quartet. But New Zealand's biggest entertainment phenomenon would have been unthinkable without his contribution. Merito, who died suddenly on the weekend aged 70, was the lynchpin of the group. He provided much of the humour and was the Quartet's only musician; he also wrote the lyrics to their biggest parodies, 'Battle of Waikato' and 'My Old Man's an All Black.'

But Merito stayed in the background, a much loved and respected figure to those who knew him. He was generous and gentle, big-hearted but humble. He had an irrepressible sense of humour, but life had never been easy. He grew up in a small village on the edge of the Ureweras, and lost his mother to TB when he was eight. For nearly 10 years as a child he suffered from a crippling bone disease that meant he spent several years in hospital a long way from home and relatives. He was left with a permanent limp but the nurses at the hospital gave him his first guitar. He listened to the radio - he loved hillbilly music for its chords, the Friendly Road Choir for their harmonies - and began playing.

There's a good case to be made for Merito being the most influential New Zealand guitarist of all; certainly, Dalvanius would agree. Wherever there is a singalong, wherever a New Zealander plays a few chords with an idiosyncratic strum - throwing in a tricky turnaround just to show you're no mug - there goes the spirit of Gerry Merito.

Life was difficult after New Zealand's Beatles came to an end in 1964. For 12 years Merito lived in Perth, supporting his family doing a lawn-mowing run. In a house fire three years ago he lost almost everything - including the guitar he'd used in the Quartet. But he always kept playing and entertaining and in recent years he has been doing one-man gigs around the Waikato; it was after one of these on the weekend - at the Waihou Hotel - that he suffered a heart attack.

It was a great privilege to interview him about 15 months ago for the book I'm currently writing. He was my youngest interviewee, and one of the best story tellers. It was one of those interviews that you treasure forever. He had never seen his Waikato compatriots, the Topp Twins, and it occurred to me they were the perfect match for a double bill. He was keen. Then I thought of the Flight of the Conchords, who call themselves New Zealand's third - or is it fourth - leading folk-comedy act. Well if they're third, the Topps are second, and Gerry Merito towers above everyone in the genre like a totara.

When I started this blog, it was just after the interview so he was one of the first people mentioned. One of his stories bears repeating, it captures so much about him: 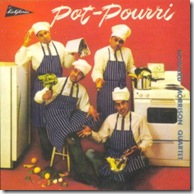 But a real highlight was a long interview with Gerry Merito. As sole guitarist and humorist and songwriter, in the early 1960s he was the cornerstone of New Zealand’s massively popular Howard Morrison Quartet (Dave Clark’s Rule #1 of show business: name your band after yourself, and you are unlikely to get kicked out. But it has happened.)

Gerry remembered the emotional moment – and huge party – when the Maori Battalion soldiers came home to his village in the bush after the Second World War. And a great Benny Levin story I hadn’t heard before.

Benny Levin (RIP 1992) was an Auckland promoter and manager, in the Larry Parnes mould. A Jewish impresario, amiable, straight, but conscious of the bottom line, he began as a danceband musician then discovered or managed Bunny Walters, Larry Morris, Golden Harvest, among many others. He also had his toupee whipped off his head by Rod Stewart.

But Gerry told me of the time a legendary rugby player asked Benny to provide the entertainment for a small town rugby club evening, which was to feature Danie Craven (the powerful Godfather of Springbok rugby in the apartheid era). Gerry said yes and ended up playing all night, as Craven never turned up. Protestors at his hotel prevented him from leaving Auckland.

At the end of the evening, the rugby legend came up and said, “Gerry, thanks so much for playing for so long. But I have some good news and some bad news.”

“I have a couple of pigs that have just been killed. Open up your van and I’ll put them in the back.”

Gerry was thrilled. Two whole pigs, freshly slaughtered? There would be bacon for Africa. Much better than his normal fee.

But he had to ring Benny to offer the agent his share. “Benny. I have good news and bad news about that gig. The bad news is that there wasn’t any money to pay me. The good news was they gave me a couple of pigs they had just killed. And one of them is for you.”

Benny was momentarily speechless. But then he spluttered, “Gerry! You know where you can stick that pig!”

Nice obituary - two addenda, I think it was the Friendly ROAD choir, part of the whole Uncle Scrim / Colin Scrimgeour Road/radio show. Second a mate of mine ran into & got into drinking with Gerry & friends at the public bar of the DB Rutherford in Nelson early in '79. He took great pleasure later in recalling the entire wording of Gerrys' probably unrecorded
"Cheryl Moana Marie" pisstake - "Share Your Marijuana With Me" which needless to say my mate did.
GMcD

Friendly Road Choir - well spotted, have adjusted.
'Share All Your Marijuana' - what a great story, thanks: the folklore we have lost.

the unsang hero of the quartet, i met him afew years ago myself and at first i didnt know who he was, i actually brought him a beer, and he said, do you want me to play for that, i thought he said, pay for that,so he just happened to have his guitar there, and he started to play and sing a song called dina, i had heard it before somewhere, then oh my god, it hit me, and i said, hey you are that guy out of that band aye bro, and he stopped playing and put his hand out and said, yes, my name is howard morrison, god i just burst out laughing, and replied, yeah ok gerry,

yes wat a choice guy, i met him once in the town he was staying in up north,

Thankyou for sharing this interview with my father ....much appreciated ...Moana Merito