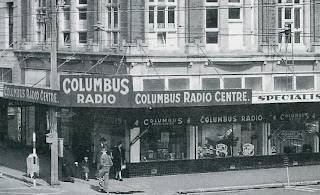 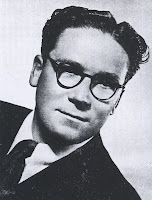 I was a student in 1978 and I had a cheque book AND a credit card. I especially remember the credit card because mine had a $500 credit limit but the bank would only give my mother a $200 limit!

Congratulations. It wasn't for a couple more years that I went beyond the squirrel bank (POSB). With the same sexism as regards credit limits and my mother.

hey chris, in 1977 you missed my band vacuum's first ever gig high up in the common room above where the teh Reptiles and Scavengers played!! We didn't meet till later... But I remember your sister from that year..; we were in the same tutorial in 1976 under Winifred Hall, former student of Tolkien!!! It all seems a long long time ago, like another life. cheers, Bill Direen

I was working upstairs for Tom McDonald at U.B.A promotions in Manners Street and used to pop across the road every lunch time to check out the new release's in store at Record Speciality's and in fact was lucky enough to be in there when Paperback Writer just arrived and i guess was one of the first to buy it.
Was involved in driving many local & visiting bands around the many 'live' venues in Wellington and beyond. Tom & I ran a dance in The Hutt called Danceland '66 At Taita Intermediate School and used to pack out evry Saturday night, some great bands we had there including The La De Da's, The Breakaways, Roadrunners, Tom Thumb, etc,etc. Great memories of a long lost era that will never die even though it has passed away.