The D*tc*m saga seems destined to channel surf through the popular culture possibilities, from the Keystone Cops to SWAT. Now, it’s Austin Powers. Scriptwriters would turn away in horror from such a polyglot set up, in which a government (led by Mr Magoo) chases 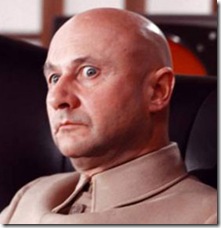 fruitlessly after a baddie who looks like a Teletubby. So perhaps it is time to acknowledge the professionalism of someone who is more used to dealing in this spooky territory. Nicky Hager’s 2011 book Other People’s Wars (Craig Potton Publishing) is remarkably readable, considering the obfuscating jargon beloved by its characters: defence departments and spy agencies. Hager has taken an enormous amount of fresh research and built a compelling case out of unpromising material. Military acronyms and bureaucratic phrasemaking don’t trip up the narrative. Much of the material comes from reluctant, obstructive, leaked or anonymous internal sources, but Hager’s cross-checking and referencing is exemplary. Much of the criticism has been personal or politically driven, dismissing Hager rather than addressing his points. Hager was courageous to take on this topic, not just personally but to achieve some clarity out of the material. His strengths as a researcher are well-known, but his abilities as story teller and scene setter kept me captivated, against the odds. Other People’s Wars addresses issues of lasting importance to the community: how governments treat the truth, how bureaucrats and the military abuse language, and a relationship between the military and its politicians can veer between loyalty and manipulation.

In just 74 years, Jeremy Pope achieved an enormous amount: for New Zealand, and internationally. A lawyer, he spent much of his life campaigning for human rights and the environment, and against corruption. At Te Ara’s Signposts blog, Jock Phillips has posted a tribute that details much of it: his work on the Save Manapouri campaign, as a legal adviser to the 1975 Maori land march, and editing – with his wife Diana – the hugely successful Mobil travel guides to the North and South Islands, which ran to several updated editions. Pope left New Zealand in about 1981, one of many refugees from the reign of Muldoon (he had been involved with the “Citizens for Rowling” lobby). New Zealand’s temporary loss was the world’s gain: Pope co-founded the anti-corruption organisation Transparency International. A 2009 interview with him can be heard at Radio New Zealand below.

I can’t imagine two more different characters stuck in a hut together than bushman-writer Barry Crump, and Alex Fry, an elegant if irascible essayist for the New Zealand Listener for over 30 years. While Crump acknowledged poet Kevin Ireland for encouraging him to start writing, it was Fry who knocked his manuscript into shape. Crump’s debut story collection A Good Keen Man went on to become one of New Zealand’s best-selling books ever. Fry was recruited by Reed’s editor Ray Richards after at least two other publishers had rejected the manuscript, which Richards described as arriving “grubby and single spaced but with a ‘magic’ about it”. After the book’s massive success, Fry was rewarded with a percentage of the royalties – and a punch in the nose from Crump. Victoria University’s Electronic Text Centre has a fascinating annotated index of material about A Good Keen Man’s publishing history. The bibliography reminded me of the cold sweat experienced when reading the chilling 1962 story ‘That Way’ (later published in Crump’s Warm Beer and Other Stories). James K Baxter described it as “a story by Barry Crump far more hard-hitting than anything he has turned out for money”.

4. Publish and Be Damned 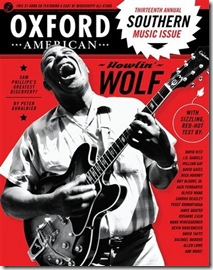 An email arrives from Oxford American magazine in Alabama, saying its new editor is a Brooklyn, New York-based ex-editor of Harpers who grew up in Texas. I noted his trimmed beard, and wondered what happened to the founding editor Marc Smirnoff: for over 20 years he was the driving force behind the always troubled, occasionally pretentious, but deep-hearted and lively quarterly. Besides its generous website, the magazine’s award-winning annual music issue features a savvy CD compilation, alongside often inspirational editing, design and writing (except for the pieces that were all about the author rather than the music). Smirnoff could be verbose himself, and had a predilection for too much memoir-as-fiction from creative writing grads; it was also noticeable that the mag seemed to employ lots of interns with good teeth.  The Oxford American’s latest rescuer was new to publishing, and his puff pieces read like tone-deaf mission statements from an aspirant Republican candidate. Googling Smirnoff’s name, the computer instantly filled in another word": "Fired". 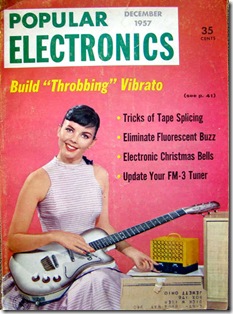 An hour was quickly lost reading the results: sexual harrassment is alleged, and Smirnoff and his life/work partner – the magazine’s managing editor – were both sacked. Smirnoff has responded with a new website which features a massive document responding passionately to his accusers and employers, the OA board. Publishing this was perhaps unwise; calling the site Editors in Love certainly is. Perhaps this was a board waiting for its moment. Still there must be some other opportunities out there for experienced editors who are musically minded.