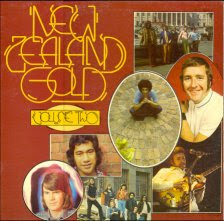 The down-scaling of EMI in New Zealand has been commented on by several bloggers, and the reaction to it is an indication of how much part of the music community it has been. Often this has been almost in spite of itself or, at least, in spite of the very multi-national approach of its head office in London. Over the years in various “territories” (such a term of economic imperialism) there has been an attitude of plunder the colonies of their leisure dollar and give nothing back to their culture, but that hasn’t always been the case in New Zealand.

The original news item to it was linked by Peter McLennan who now includes today’s item from the NZ Herald media column; Simon Grigg has commented with insight on the news, and both he and Graham Reid rue the departure of EMI NZ managing-director Chris Caddick. Why? Because, while still being a good businessman (a real “record man” – ie, he is passionate about the record business) he also genuinely loves music. (Thanks for introducing me to Richard Thompson, Chris!)

For a long while EMI was based in my home town, perched among some very unsalubrious light-industrial buildings in Petone. And of course there were EMI record stores in most New Zealand towns in the 1970s and 80s. I thought I’d share some images from EMI’s heyday, the 1970s. I remember reading in NME in 1981 that the success of the Beatles was so massive that their sales alone brought this massive international corporation a profit all the way until 1975. Plus, of course, there were the enormous sales of Fred Dagg’s Greatest Hits.

So turn off your mind, relax and float downstream ... perch yourself in a vinyl beanbag in the “sound lounge” of EMI’s Lower Hutt corporate headquarters.

Break out the buddha, we’ve got Cliff’s Devil Woman to audition ...

Outside on the Hutt Road, the corporate fleet awaits. As you’d expect from the greatest recording company of the Empire, every vehicle is the Best of British, c1975. 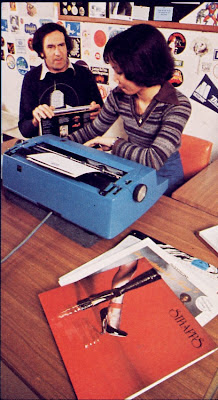 It’s all glamour working at EMI. At the front desk the receptionist wonders how she can turn down yet another lunch invitation from the guy with the comb-over in despatch. She wasn’t impressed by the free promo copy of Strapps, a self-titled debut album, even if it was produced by Deep Purple’s Roger Glover. The opening track ‘School Girl Funk’ was naff – give me Alice Cooper – and what self-respecting band writes a song called ‘Rock Critic’? 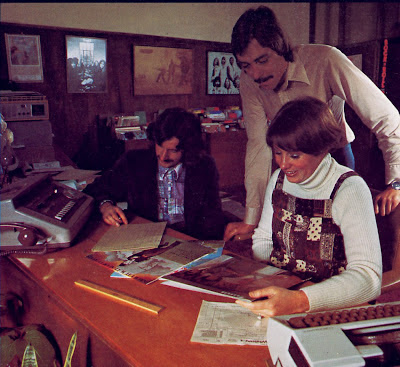 Meanwhile, in the nerve centre – sales – the “girl” in the cowl-neck jumper from Carters and Kiki Dee hair-do is hiding it well that the fellow looming over her has splashed on too much Brut. 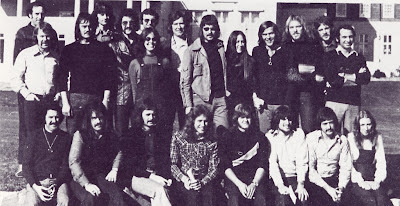 For EMI men it’s been Mo-vember ever since the legendary 1973 staff conference held at the Chateau. Cold Duck flowed like water, but it wasn’t a good leg opener as the girls all turned up in dungarees. Blame Linda McCartney ... 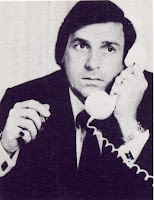 Things got so out of hand that EMI head office sent out their apprentice career manager to prove himself. Here he is on the phone back to Britain, worrying about the fruit-and-flowers expenditure (nudge nudge, wink wink) of hot New Zealand recording act Rockinghorse. Mr MS Wells – “Mike” to the ladies – had just arrived on the corporate jet from EMI Argentina. He’d had plenty of experience sorting out men who wore medallions.

What a stroll down memory lane! A wonderful addition to the "EMI, The First 100 Years" book. And a perspective of EMI in New Zealand, that I never knew about.

This reminded me of a recent visit to Los Angeles, in which I had the chance to visit the outside of the Capitol Records building on Hollywood and Vine. Standing there, looking up at the "stacks of 45's" design of the building, I imagined what it was like in the 60's and 70's during the heydays of the Beatles. Atop the building, was the Beatles' "HELP!" promotional flag flapping in the warm LA breeze. Although the area and building are run down, it was still a wonder to behold. I guess the downsizing and visible signs of wear & tear are signs of the record industry times.

"Outside on the Hutt Road, the corporate fleet awaits. As you’d expect from the greatest recording company of the Empire, every vehicle is the Best of British, c1975."

Except for the Fiat sitting behind the brits. Driven by someone in marketing no doubt

Well spotted. I thought it was an Allegro, which mechanics nicknamed "aggro".

A great series of articles about HMV/EMI. Whereabouts on the Hutt Road was the EMI office/studios, and are the buildings still there?
PS: I think the Fiat was a 128.

The buildings are still there - at 408 Hutt Road, just north of the railway bridge, on the eastern side. Now in the shadow of the big overpass to the north, and occupied by furniture business Cudby and Meade. The studio was around the corner, by the railway line on Wakefield St - near Ava station. Not to be confused with Wakefield St, Wellington, where their HMV studio was.

The EMI offices were at 408 Hutt Road, Lower Hutt - the building is still there, under a shadow of a new motorway overpass. Around the corner was their studio in Lower Hutt, at 5 Wakefield St, Alicetown (not to be confused with their HMV studio in Wellington) - it was sold in 2012. Here is an excerpt from the newspaper report: The two-level industrial building at 5 Wakefield St was bought by a Lower Hutt businessman for $350,000. He was the sole bidder for the building, which had been used until recently as a warehouse by Global Beauty.

From memory the Fiat 128 belonged to W.E.A....It was driven by their Wellington based sales rep at the time..Peter Andrews.