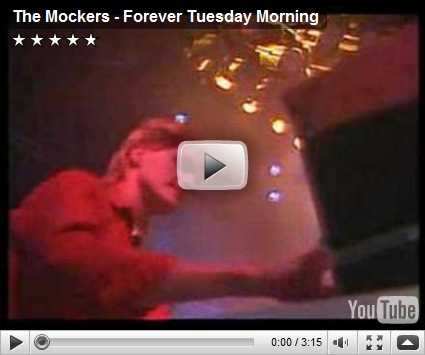 I thought the Mockers song was inspired by an actual murder -- nothing to do with the WWII-era battle on Manners St, but a guy stabbed in the punk era.

My friend witnessed the murder c. 1983. It was the local butcher stabbing a guy who was knocking off his girlfriend (or vice versa).

I remember the murder but I thought it was a young university student - Neil I think his name was -who was killed by a mentally ill man. There was a huge furore because a DomPost photographer took a picture of the young guy dying and put it on the front page.

I witnessed a murder on Perretts Corner in either 1978 or 79. It was an 18 year old Victoria University student. The man who stabbed him had a long trench coat on and held a large knife that he thrust once through the young man. He fell to the ground writhing in agony, i could hear his squeals for months after. He died before he could get to hospital. The attacker was an unemployed chef. At the time it was blamed on a violent movie he watched the night before which is a load of bollocks. The attacker remained at the scene and was cornered by the public until Police arrived.

Anne Buckley is certainly correct about the murder in I think in 1979. The victim was at Uni & the son of a prominent businessman who worked for one of the major breweries in Wellington. Allegedly he was tripping at the time. The attacker was mentally ill I believe.